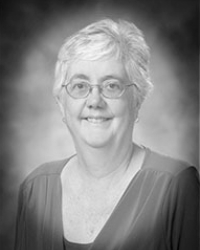 If preserving a city’s past is critical to its future, Hamilton’s prospects are indeed bright, thanks to Margaret Houghton. Regarded as “Hamilton’s Historical Icon” Margaret has been the city’s go-to historian, chronicler and archivist for 36 years.

As the Hamilton Public Library’s Archivist, Margaret collects and preserves Hamilton information and artifacts, while demonstrating its prominence in Canada’s history. Her connections and reputation within the archival and historical communities are unmatched. An accomplished author, her works include the “First Here” series and books including Hamilton at War, The Hamiltonians and Hamilton Street names among others. She served as President of the Head-of-the-Lake Historical Society and of the Players’ Guild, North America’s oldest continuous community theatre group.

Born in Westdale, educated at McMaster and the holder of three University degrees, it’s said that if Margaret doesn’t know it or can’t find it, no one does and nobody can. As part of her contribution to the city, she has since 1984, researched and collected information about the Gallery of Distinction inductees. It is fitting that she too joins our Gallery of Distinction, as the city’s chronicler-in-chief and historian-of-record.