Looking for designs for a rocking horse for our young son, I was inspired by the horses and other animals of the turn of the century carousels at the Smithsonian Institute. Transitioning to other wildlife was an easy step. The diversity of animals in Canada offers endless subjects, whether the biggest or smallest creatures. Birds, fish, whales, bears come in an endless parade in our country and I sculpted such from many textured Canadian woods including eastern white pine, spruce, bass, cherry and from the west coast, red and yellow cedar. Even oyster shells call for sculpturing. Using tools from chainsaws to dental drills, I have made animals from one pound to three hundred, realizing every size says something different.

Leo Martin was born in Toronto, living in Ontario, BC, Quebec, California and Texas over the years, now living in the Hamilton area. He was a physician for his working life. His family heritage includes photographers, artists and woodworkers. Thirty years, and over 150 creations later, he has evolved into a focus of the wild creatures around us, realizing that art of the animal kingdom makes one aware of their astounding structures. Collateral to the sculpting, Leo Martin has painting canvases, murals and sculptures. As well, he has produced an array of furniture over the years from rosewood, redwood, and walnut to name a few species. 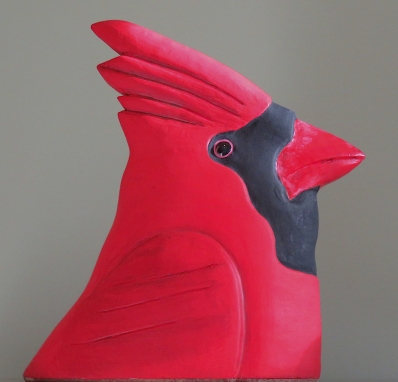